Share a memory
Obituary & Services
Tribute Wall
Read more about the life story of Virginia and share your memory.

Virginia “Ginger” Marie (Plapp) Knutson, 86, of Ellendale, formerly of Rochester, MN, passed away on January 12, 2023, at Avera St. Luke’s Hospital in Aberdeen, SD, shortly after the blessing of speaking with each one of her grandchildren one last time.

Ginger was born to Paul and Sally Plapp in La Crosse, WI on April 20, 1936.  Ginger grew up in the La Crosse, WI and Dakota, MN areas, choosing to attend Logan High School.  She attended business school in Minneapolis and worked several secretarial jobs during her career.

Ginger lived most of her life in Rochester, MN. She could be found most days at an area senior center playing cards or enjoying a meal.  She was a longstanding member of Calvary Episcopal Church and Beta Sigma Phi.  Ginger also loved square dancing and singing in the Young at Heart Choir. Ginger knew everyone and her memory for details was unmatched.  Any conversation of any length would be guaranteed to include a story of someone she knew.  She was a great friend to many.

Ginger’s greatest treasure was her three daughters and grandchildren, and she loved spending time with them. She loved talking with anyone on the phone, however conversations with family were the best of all. Ginger recently celebrated the birth of her only great-grandchild.

Ginger was able to live the last two years of her life in a care facility in Ellendale, ND, near her youngest daughter.  In those two years, she wore out three decks of cards playing her favorite game, “Social Security,” with her daughter and son-in-law, residents in her care facility, and anyone she could coerce to play.

She was preceded in death by her parents and oldest daughter Kari Klima.

A private family gathering is being planned for this spring. 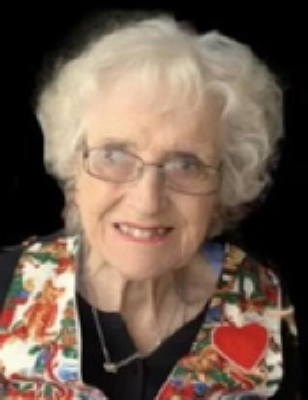