Share a memory
Obituary & Services
Tribute Wall
Read more about the life story of James "Jim" and share your memory.

Burial will be at Sunset Memorial Gardens after the lunch.

Schriver’s Memorial Mortuary and Crematory, 414 5th Avenue NW, Aberdeen, is in charge of arrangements.  Family and friends may sign the online guestbook and also view the service at www.schriversmemorial.com.

James Lickfelt was born on January 28, 1947, in Aberdeen, SD, to Elmer and Helen (Weron) Lickfelt. He was raised in Aberdeen and graduated from Aberdeen Central High School in 1965.

After graduation, Jim started working in electrical/construction which became his career.  On October 29, 1972, Jim was united in marriage to his love, Linda Singer. They made their home in Aberdeen with their children, Ryland and Bridget, and Jim’s son, Collin.

Later in life, he owned and operated Lickfelt Construction which kept him busy. Jim always had a project he was working on or fixing something up. If you couldn’t find him on the job site you could always find him at Menards, his second home. He continued to work until he was forced to retire in December 2019.

In his free time, Jim enjoyed the blessings of the outdoors. He loved spending his time hunting, especially pheasant hunting as this was his favorite. On Friday nights, you could find him at Brown County Speedway watching dirt-track racing. In the early years of his adulthood, he even drove his own race car. Jim also loved watching all kinds of sports, but basketball and football were his favorites. 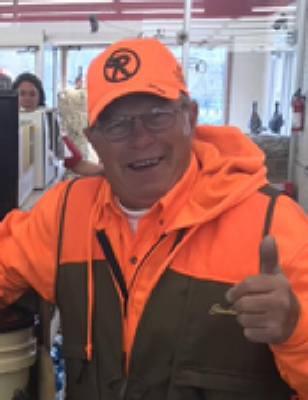