Share a memory
Obituary & Services
Tribute Wall
Read more about the life story of Darline and share your memory.

Visitation will be from 3-5, Sunday, at Schriver’s Memorial Chapel, Aberdeen, SD, with a 5:00 p.m. wake and rosary service. Visitation will continue one hour before Mass at the church in Ipswich.

Schriver’s Memorial Mortuary and Crematory, 414 5th Avenue NW, Aberdeen, is in charge of arrangements.  Family and friends may sign the online guestbook and also view the service at www.schriversmemorial.com.

Darline Hammrich-Speidel was born November 26, 1932, to Jake and Lydia Lippert in Faulkton, SD. She lived in Tolstoy, SD, Lemon, SD, and Wishek, ND.

They lived in Ipswich, Faulkton, Milbank, Aberdeen, and Mina Lake. Darline and Johnny owned and ran the Tiger John's restaurant in Milbank for eight years. They moved to Aberdeen in 1973, starting the janitorial services named Hammrich's Janitorial Service and Sales John and 5 Son's. John passed away on June 19, 1980. Darline sold real estate in Aberdeen for 14 years following John's death.

Darline was a member of the Red Hat Society in Tennessee.  She enjoyed several cruises sailing around the Caribbeans with Tim and their family. She moved into assisted living for almost ten years. Darline liked painting which she continued to enjoy for many years. She also enjoyed art and crafts, jewelry making, playing the organ, swimming, and playing cards. Her favorite time was with family and enjoyed big family reunions, with the last being in the Black Hills. 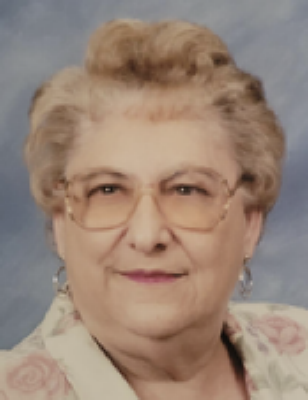